Field B is on fire! 3 new pilot actions from Italy

July is the pilot actions month!

While waiting to meet up in Ancona (Italy) for the very last field visit, beneficiaries are working hard on implementing their pilot projects.

Specifically, beneficiaries from Field B – artistic interventions in non-conventional contexts are engaged in the creation of performances that take place outside the usual locations dedicated to performing arts practices, such as theaters.

The result are new types of interventions that happen literally everywhere. That can travel around and be replicated in contexts that are always new. These artistic proposals are the result of site-specific research and deep human contact with the audience.

Given this preface, let’s find out about the three new Field B pilots from Italy, namely PLAY ON – OPERAZIONE SIPARIO! by Teatro Giovani Teatro Pirata, WALKABOUT by Associazione culturale MALTE and PASSEGGIATE SONORE IN SILENT EMOTION by La Casa di Asterione. 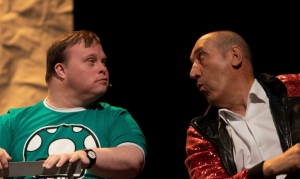 Theatrical workshops and shows, open to everyone and completely for free. The community theater project “PLAY ON – When the game turns on offline“, included in the Integrated Regional Plan for the contrast, prevention and reduction of gambling risk, kicks off to ignite people’s lives from the alienating online life. Their motto is to go back to the offline mode, synonymous of meeting, cultural exchange, creation and sharing.

At the heart of Teatro Giovani Teatro Pirata‘s project is the promotion of people’s health and well-being, achieved through theatrical language to support the creative expression of the individual and the group, in a game that builds relationships and communities.

After an initial theatrical full-immersion with workshops, the project led to three final performances that merged into “Operazione Sipario!“, three site-specific educational shows held in the open squares in Ancona, Osimo and Falconara Marittima.

An action for and with the community, where the protagonists of the performance through improvisations and theatrical games give life to a show-animation capable of activating a “play” made up of relationships and fun. 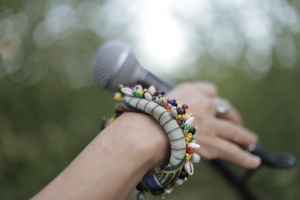 Associazione culturale MALTE has developed a remarkable ability to create live performance products in site-specific contexts, expressively created for a given space.

With this pilot action, MALTE decided to work from a short dramaturgical piece, composed for a walking tour, revisiting it with the contribution of a visual artist, in order to create an installation product to be proposed inside hotels.

Since the first narrative nucleus is related to the idea of travel, they thought of an infrastructure connected to the idea of mobility and impermanence: the hotel is a non-place, because it is a home of choice, but at the same time it is free from any personal implication. Paradoxically, it is a space of anonymity and intimacy. And it evokes the world at all times.

Therefore, the user of the product of the performance will be offered an experience of travel in imaginary geographies, evoked by words and images in a celebration of space that makes the outcome of each event unique.

WALKABOUT debuts on 8th July at SeeBay Hotel in Portonovo. 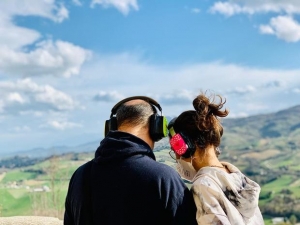 This pilot action developed by La Casa di Asterione intends to raise awareness on the geographical area that was severely hit by the Central Italy’s earthquake in ​​2016 and which has been suffering from depopulation conditions for some time. The area brings together 10 small Municipalities (COMUNANZA- ASCOLI PICENO- ACQUASANTA TERME- VENAROTTA- ROCCAFLUVIONE- CASTIGNANO- ROTELLA – PALMIANO – MONTEGALLO – ARQUATA DEL TRONTO), all with a number of inhabitants among 300 to 5000, excluding Ascoli Piceno, the provincial capital with 49,000 inhabitants.

The objectives are therefore linked to Community and social regeneration through an artistic performative action that starts from the collection of interviews and focus groups within these communities, comparing the various generations with each other, with the subsequent production of storytelling to be used for innovative production.

The result is, in fact, a traveling performance that brings together storytelling, legends, writings and popular music, translated and put together through an innovative dramaturgy that is told with technological instruments and enjoyed in silent emotion with headphones.

A real sound walk that plunges into past stories to explore a possible future and winds through the streets of the city of Ascoli Piceno.

The next PASSEGGIATE SONORE IN SILENT EMOTION event will be on 23rd July in Ascoli Piceno.

Curious about the rest? Subscribe to our newsletter to receive the last updates on the new projects developed in September.

Have you missed out on what we have discovered in Gothenburg? Read about our Swedish field visit here