Gothenburg, the third field visit: a cityscape of arts

From 15th to 17th June, Field A – new management models for cultural spaces and Field B – artistic interventions in non-conventional contexts beneficiaries met each other in Sweden’s second largest city Gothenburg, a place where the cultural and creative industries are closely linked to experimentation and innovation.

Cutting-edge design has replaced the past industrial character of the city’s most decadent neighborhoods: warehouses and factories have now become art galleries. These days, Gothenburg is seeing an increasing interest in the collaboration between cultural activities and entrepreneurship.

This field visit has been organized by Teater Nu, an art company based in both Bollebygd and Gothenburg, started in 2007 from an idea to bring artists together in a space for creation. In fact, Teater Nu creates performing arts, rooms for contemporary art and mobilizes meeting places. They mix artistic practices such as theater directing and art curating with social entrepreneurship and process management.

In the beginning, Teater Nu was purely a theater group that played newly written drama. Since then, it has developed to also run longer cultural projects, create platforms and spaces for contemporary art. Being here and now is something that Teater Nu continues to be passionate about, in both scenic expressions and the choice of projects. 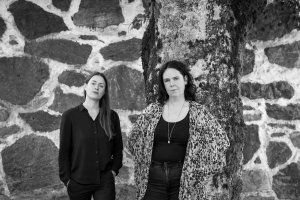 Check out the programme here

During the three-day stay, the participants have assisted to various presentations.

Firstly, we paid a visit to Teater Nu’s neighbors YesBox, an open space centre for people to collaborate. The idea came from the necessity to unite the 136 entrepreneurial businesses existing in Gothenburg, who barely knew each other, let alone cooperate, in a merged reality that put together the biggest actors of the area to become a “headquarter” for people to get support in starting their business.

Then we got to meet KulturUngdom, a public-financed cultural organization existing since 1994. Its objective is to support young people from 13 to 30 years old that want to start a creative project. The projects supported can be everything related to creativity: from performing arts to handicrafts, films, gaming, and more. Their number one priority is inclusivity: each and everyone should feel welcome to present an idea at KulturUngdom.
In total, KulturUngdom finances more than 250/300 projects every year in the whole region (49 provinces). 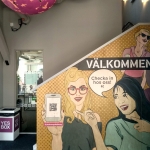 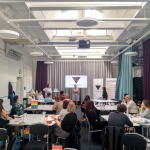 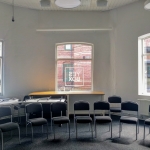 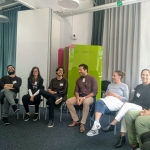 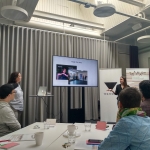 On the second day, partners and beneficiaries met Beatrice Alvestad Lopez, who was in residency at Boy Konsthall, the space run by Teater Nu. Beatrice works with experimental theatre and uses photography, textile and applied crafted methods to show intricate details, textural qualities and residue of landscape.

Her work moves between practices of performance, poetic cinematography and installation of crafted objects. It is a context-based practice concerned with queer ecologies, hydro-feminism and rituals—all of which are themes that encourage living in tune with the landscape, spiritual and natural forces. Central to her practice is a connection to place and openness toward non-human, vegetative and multitudes of bodies through performative engagements. 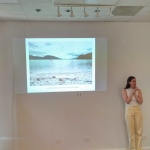 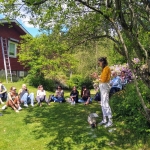 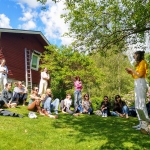 The very last day was all about launching the Swedish pilot action.
Finally, everyone can contribute to the largest art gallery in the world… KONTSHALL: TEATER is online! 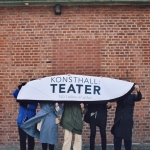 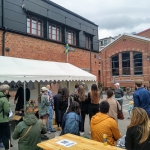 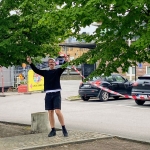 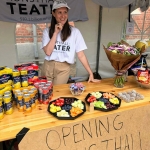 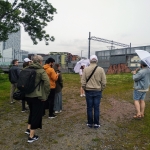 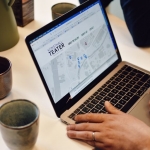 The end of an era

After three years, the project end is sadly approaching…
However, before calling it a day, there will be one more occasion for the participants to meet and exchange good practices. The last field trip will be held in Ancona from 14th to 16th September.
In this occasion, both Field A – new management models for cultural spaces and Field B – artistic interventions in non-conventional contexts will meet once again to conclude together the path began in October 2019.

More infos are about to come. Stay tuned!

In September you’ll receive our last newsletter. Don’t miss out!
Subscribe here to gain a deeper insights on the project.