VIDEO BOX: an idea born in lockdown that innovated a management model

As the pilot action phase proceeds, the beneficiaries are chipping in with new projects, created thanks to the TRAINART funding and training experience.

After PLAYLIST by Collettivo CollegaMenti, a new pilot action from Italy is currently taking place, from 1st September until 3oth October. This new project is called VIDEO BOX, the innovative idea part of the 18th edition of the popular contemporary dance festival Hangartfest, which hosts Italian and international performers in Pesaro every year.

You can read more about the performances and book your tickets HERE! 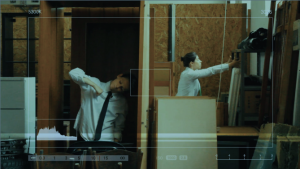 VIDEO BOX consists of 45 video productions, made of short films and long feature films, dedicated to international video dance projects. This was done to create a new opportunity for creation for international artists in a time when travelling has been severely limited.

During the lockdown we noticed a relevant increase of video productions all over the world, either addressed to the streaming, in order to reaching a wider audience, or simply addressed to the video market.

Without renouncing to live performances, we decided to dedicate more attention to video dance projects in order to offer our audience a larger view on the international scenario.

Therefore, to respond in a more adeguate way to the artists requests and audience expectations, we decided to implement the technical equipment of our venue with professional cinematographic devices, such as a high definition projector and a motorized pvc wide screen of 6m30 x 5m (9:10 ratio).

Considering that our target is mainly made of middle age spectators that appreciate contemporary dance and/or that are willing to go deeper inside the multidisciplinary artistic languages, we consider this very simple implementation of technology as an innovative element for our venue that opens to a wider spectrum of possibilities addressed to the community.

Thus, with the implementation of VIDEO BOX, the objective of Hangartfest and its partners Proartis and ISIA Urbino is to increase the multidisciplinary offer of the cultural space Teatro Maddalena, Hangartfest’s “home”, and, at the same time, to strengthen public awareness programmes that bring spectators closer to video dance art and new multimedia languages.

The implementation of the new professional screening system has allowed the commission of 3 new works to artists that will participate to the Festival. 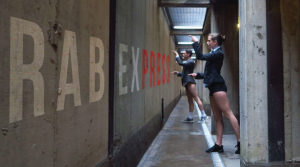 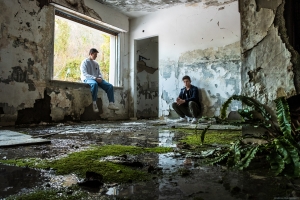 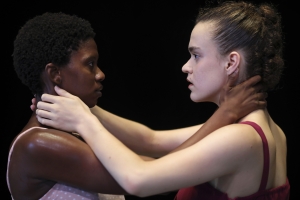 Keep following us for more updates!