Ancona, the last field visit: out and about with the arts in Le Marche

After three memorable field visits in Bilbao, Novi Sad and Gothenburg, TrainArt landed in Ancona for one last stop.

Three days dedicated to the exploration of cultural and artistic practices around Le Marche, also known as “the region with the 100 theatres“.

The visit was hosted by Consorzio Marche Spettacolo, which involved its affiliates – entities working in the performing arts sector in the Marche region – to provide a tour of best practices covering both project fields.

The field visit started on 14th September. The first stop was Macerata, specifically at Arena Sferisterio, the open-air arena where the Europe-wide popular Macerata Opera Festival takes place. There, Katiuscia Cassetta and Marco Luchetti welcomed partners and beneficiaries and presented the history and activities of the association running the arena. Then, participants paid a visit to the top of Torre Civica, to enjoy the view of the city landscape, and to Teatro Lauro Rossi, the perfect example of Italian-style theatre, peculiar in its blue color.

Afterwards, the group travelled to Jesi and visited Teatro Pergolesi, managed by Fondazione Pergolesi Spontini. Following an introduction on the history and current activities, Lucia Chiatti and Laura Nocchi welcomed us in the Ex-Cascamificio, a huge space formerly used as a textile-waste factory, which they aim to renovate by 2026 to create a spacious cultural hub hosting their scenography laboratory, artistic residencies and more.

The day concluded at La Casa della Grancetta, where Filippo Paolasini from the association Asini Bardasci hosted a lively evening to get to know their location for cultural events. Special guest was Associazione Centripeta, who performed their theatrical piece DISCOBUNKER. 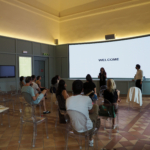 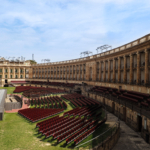 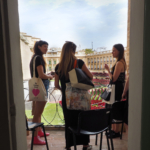 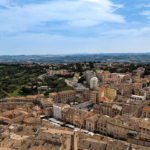 A view of Macerata 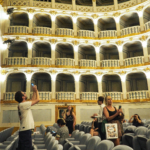 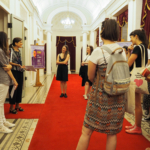 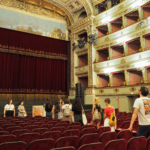 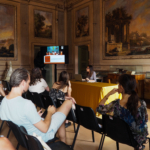 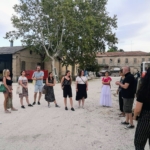 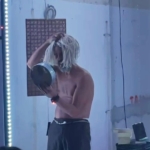 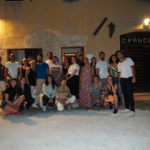 The 15th was FINAL EVENT DAY!
The day kicked off with an introduction of Consorzio Marche Spettacolo, followed by presentations of the Italian pilot actions “PLAY ON – OPERAZIONE SIPARIO!” by Lucia Palozzi from Teatro Giovani Teatro Pirata, “WALKABOUT” by Sonia Antinori from Associazione MALTE and “BORGO TRAMPOLO” by Chiara Lanciotti from Compagnia dei Folli. Right after, the Basque beneficiaries Blanca Arrieta and Ines Vaquero (Pablo Ibarluzea International School) introduced their project pilot actions as well.

At 5pm started the official presentation of TRAINART’s results, held in English, hosted by a representative of each partner. Up next was the press conference, touching the project key points, from the investigation on professional needs in the performing arts sector to the resulting 19 pilot projects. 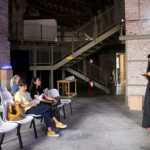 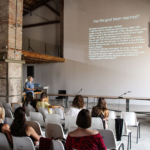 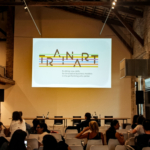 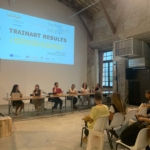 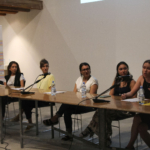 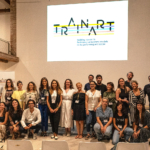 The following, and last, working day began in Fano, where Rachele Puglisi from Fondazione Rete Lirica delle Marche opened the doors of Teatro della Fortuna exclusively for the TrainArt guests.

In the afternoon, the group moved to Pesaro to enjoy the city’s cultural scene, guided by Daniela Rimei from AMAT, who let participants sneak inside the marvelous Teatro Rossini, the theatre – dedicated to the infamous opera composer Gioachino Rossini – now renovating in view of the ambitious 2024 programme, when Pesaro will be the Italian Capital of Culture.

The tour ended at Teatro della Maddalena, once a church and now a theatre inhabited by Hangartfest, Pesaro’s festival of contemporary dance, happening exactly on these days. Antonio Cioffi, director of Hangartfest, welcomed us inside and offered a short preview of First Things 1st by Michael Getman, Israeli coreographer with an incredible dance curriculum. 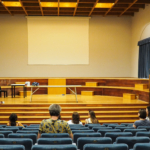 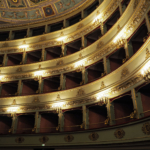 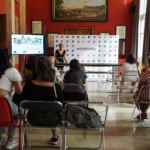 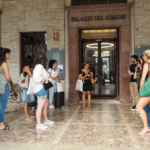 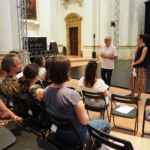 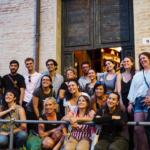 Due to the serious weather conditions that hit the city of Senigallia in the night between the 15th and 16th September, the group was forced to skip Collettivo CollegaMenti‘s pilot action presentation. Nonetheless, Francesca and Filippo – the two artists behind CollegaMenti – have made their work available to the participants by translating one track of their “Playlist” project into English.
You can listen and engage with it here

Yes, our upcoming newsletter will also be our last… do not miss out!
All the good practices resulted from the project will comfortably slid into your emails, ready to inspire you

Subscribe to our newsletter for the full project recap: http://eepurl.com/hgzVhb

Feeling like catching up before the last newsletter issue comes out? Read our news section

It is not a Goodbye, it’s a See you later!